Sophie Robinson's on-line work understands its medium really well. It was strange to have it presented to us in a lecture format: her website seemed like quite a personal realm. Here are my notes from the talk:

Sean Bonney was giving a talk at Birkbeck the other day, on his Baudelaire translations, for which he uses a (particularly old and knackered, he said) typewriter as an artistic tool, or perhaps a weapon against 'the forces of banality and their attendant cleanliness' as he put it. He said he considers these translations 'by and large to be my poems', but claimed they were anything but confessional, because in an era when torture is making a come-back, I think he said, or something along those lines, 'no one should think it's a good thing to confess'.

I wondered if only someone who didn't feel mentally or emotionally tortured would say that, or would rock about in his or her seat quite so vigorously as Bonney, and I doodled him reading: 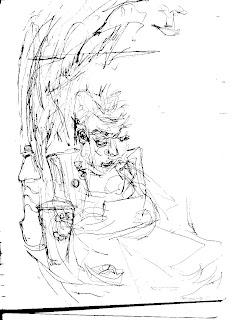 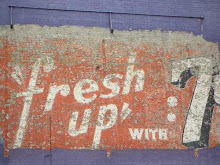 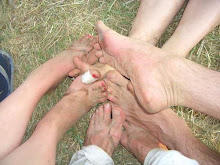